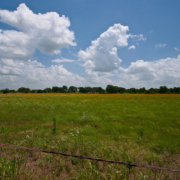 Vancouver, British Columbia — DESERT MOUNTAIN ENERGY CORP. (the “Company”) (TSX.V: DME) is pleased to announce that it has now been issued permits by the Oil & Gas Conservation Division of the Oklahoma Corporation Commission in Oklahoma City to drill two new primary wells during the next six months in the Company’s Kight-Gilcrease Sand Unit oil field in Seminole County (the “KGSU”).  The two wells permitted are the KGSU 7-2B and 7-3A, which are planned to be simple, vertical wells drilled to a total depth of approximately 2,950 ft each from sites located at an altitude of about 887 ft, relatively high on the structures which are being targeted for their potential to host reservoirs of helium, oil  & gas. The wells are designed to test four stratigraphic zones known to exist in the KGSU, namely the Senora, Earlsboro, Booch and Gilcrease Sands, which are located respectively at 2490, 2620, 2670 and 2820 ft.  Drilling will commence as soon as practicable after securing the requisite rigs and equipment, which are anticipated to be available in the next 60 days.

The two new wells have been located in order to test the helium potential of the KGSU following earlier findings in existing wells of helium concentrations grading up to 1.3622% He in the Gilcrease Sands  (see PR dated  May 13, 2019).  These Helium concentrations found in other wells on the KGSU are consistent with concentrations being produced from other U.S. natural gas fields in Kansas, Oklahoma, and Texas.

The specific well locations were selected in order to test the four stratigraphic zones cited above near the highest structural points on the property, which are highly prospective for helium.  In addition, they will serve as the next step forward in optimizing oil production from the KGSU.  The locations of the two new wells are not within close proximity to any commercial fresh water supply, a municipal water well, nor in an area under Federal jurisdiction.

Apart from information garnered by the Company’s testing of existing wells in the KGSU for helium content, logs from offsetting wells displayed the overall granularity and porosity requirements for probable trapping mechanisms for Helium.  The presence of thick anhydrite formations and other formational sequencing of relatively impervious layers, coupled with prior positive test results for the presence of Helium and mapping of the previously discovered oil bearing sands in the Gilcrease Sands, tend to support the conclusion that the KGSU is highly prospective for the presence of commercial reservoirs of helium. The current two well drill program is designed to test this.

The KGSU was permitted and approved by the Oklahoma Corporation Commission (“OCC”) under order #375263 dated July 19,1993, as an enhanced oil recovery project.  The KGSU is comprised of approximately 883.7 acres which is substantially underlain by the Gilcrease Sand Formation.  The KGSU is located 8 miles South of Wewoka, OK directly astride Highway 56.  The KGSU has had historic production estimated at 1,690,240  BO by the OCC and presently has 7 wells on site, one of which is operational. The oil produced is a light sweet crude that varies from 34 API to 43 API gravity.

According to Irwin Olian, CEO of the Company, “We are very gratified to have received our drill permits from the OCC so quickly following filing and to be able to move forward at this time with our drill program on the KGSU.   This gives us potential for helium production in Oklahoma as well as advancing potential for new primary oil production and the planned water-flood secondary oil production from the KGSU.   These shallow vertical wells should be drillable quickly at low cost.  While the Heliopolis Project in Arizona remains our flagship property and immediate priority, it is encouraging to have another property in our portfolio with strong potential for future helium production.”