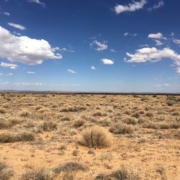 Vancouver, British Columbia — DESERT MOUNTAIN ENERGY CORP. (the “Company”) (TSX.V: DME, U.S. OTC: DMEHF, Frankfurt: QM01) is pleased to announce that it has optioned approximately 23,000 additional acres of helium, oil & gas leases in the prolific Holbrook Basin of eastern Arizona. This brings the Company’s total acreage under its control in the Basin to 65,911 acres.  The leases were optioned for a period of three years directly from private family-owned corporations that have owned the underlying land for decades (the “Lessors”).

The optioned ground is situated in and around the Company’s Heliopolis project area in close proximity to its other holdings in the Holbrook Basin. It complements the Company’s existing leases and serves to further consolidate the Company’s property position in the area.  The optioned ground is highly prospective for helium and is characterized by the presence of anticlinal features, domes and other structures which have the potential to serve as traps for commercially significant helium reservoirs. An historic oil well drilled on the optioned ground had a showing of helium.

The Company continues to be focused on development of its flagship Heliopolis helium project in Arizona’s Holbrook Basin and is presently in the permitting process for its upcoming drill program.  That program contemplates drilling three shallow wells in different priority target areas in the Basin. At the same time, the Company is also preparing a drill program at its Kight-Gilcrease Sand Unit helium, oil & gas project in Seminole County, Oklahoma.

According to Irwin Olian, CEO of the Company, “We are very grateful for the family’s choice of Desert Mountain Energy as its partner to explore and develop helium and other mineral resources from its large property package in the Holbrook Basin.  We are committed to creating a success for all the parties concerned that has economic benefits for the local communities and counties and the State of Arizona, with minimal environmental footprint.”