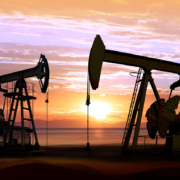 Under terms of the Purchase Agreement, Desert Energy is acquiring all leases covering the KGSU above the Base of the Gilcrease Sand Formation, subject to an aggregate gross overriding carried royalty on hydrocarbon production of 22% payable to various royalty holders (2% of which is payable directly to Seminole). Hence Desert Energy is acquiring a 0.78 Net Revenue Interest in the KGSU. In addition, Desert Energy is acquiring all wells and associated surface and downhole equipment on site, including pumping rigs, piping, storage tanks, supplies, etc., and all rights to any additional hydrocarbon bearing zones which may exist above the Base of the Gilcrease Sand Formation. The underlying leases are extendible year-to-year by maintaining minimal prescribed production levels.

By way of Amendment to the Purchase Agreement, the total consideration payable for the acquisition has now been adjusted as follows: (i) the cash consideration in the sum of U.S. $180,000 is now payable one-half on closing and one-half within one year thereafter, rather than all at once following regulatory approvals; and (ii) the Company is issuing a total of 1,440,000 Units at a deemed price of CAD $0.20 per Unit, where each Unit is comprised of one share of Common Stock of the Company (“Share”) and one Share Purchase Warrant (“Warrant”), where each Warrant permits the holder to purchase one Share for a period of 3 years from the date of issuance at a price of CAD $0.30 per Share. This represents a deemed value for the Units of U.S. $220,000 at applicable exchange rates. Said amendment does not change the overall level of consideration payable by the Company to Seminole for the acquisition, but rather adjusts the payment schedule of the cash component and crystallizes the exact number of Units issuable to Seminole on closing after taking into account the Company’s 1:4 reverse stock split earlier this year.

The Company further reports that (a) due diligence has now been completed by both parties to their satisfaction under the terms of the Purchase Agreement; (b) the respective Boards of Directors have now approved the Amendment to the Purchase Agreement and authorized all actions required to close the transaction; and (c) applications are pending for approval of the transaction by the TSX Venture Exchange and the Oklahoma Corporation Commission Oil & Gas Conservation Division (“OCC”). The parties anticipate closing the transaction upon receipt of the foregoing regulatory approvals, which are the only remaining conditions to closing.

By way of background, the KGSU was permitted and approved by OCC by Order #375263 dated July 19, 1993, as an enhanced recovery project primarily utilizing water-flood secondary recovery operations, in an administrative proceeding which consolidated and unitized all working and royalty interests in the project. It was subsequently acquired by its present owner/operator Seminole in 2003. The KGSU has had historic production estimated at 1,690,240 BO by the OCC and presently has 7 wells on site, one of which is operational. The oil produced is a light sweet crude that varies from 34 API to 43 API gravity.

The KGSU comprises an area of approximately 883.7 acres, which is substantially underlain by the Gilcrease Sandstone common source of oil supply. The KGSU leases are located 8 miles S of Wewoka directly astride State Highway 56, in a portion of the S/2 of Section 6, all of Section 7 and the NW/4 of Section 18, T6N R8E Seminole County, Oklahoma. It is not located within an environmentally sensitive area or on a known Native American reservation. The oil-bearing pay zone was estimated by the OCC to be from 10 ft to 40 ft in width and to occur at a subsurface depth of approximately 2726 ft to 2810 ft, as reflected in geophysical logs from the Adams #1 Maverick Well drilled in the SW/4 SE/4 SW/4 of Section 7-6N-8E, Seminole County.

The Gilcrease Sands are part of the Atoka Formation Series which ranges from about 160 ft to 250 ft in thickness. It is comprised of limes, sands and sandy limes and occurs at depths of approximately 2650 ft to 2950 ft. Recent geological studies and particularly drill logs from two recent wells on the KGSU , 3PB’s and Sears 18-H, suggest that the pay zone width may be significantly greater than estimated by the OCC. In addition, they suggest higher porosity and permeability than estimated. The overall Gilcrease Sand Formation, named after iconic Oklahoma oilman Tom Gilcrease, has produced in excess of 580 million BO since the early days of oil production in Oklahoma in the 1920’s and 1930’s. The KGSU forms a small portion of the historic area which is within a radius of about 30 mi from the KGSU. As the Gilcrease Sand Unit is relatively shallow at about 2800 ft subsurface, vertical wells are the most efficient manner of drilling for oil production. Most of the primary oil has been produced by conventional means, i.e. first flowing, then simple down hole tubing pumps with traditional pump jacks at surface.

The Gilcrease Formation was originally characterized as a “gas drive” formation, where the gas in the formation helped force or drive the oil out of the pore spaces within the sand layer up into the wellbore. However, original low-cost production methods in the 1920’s and 30’s unduly depleted this “drive” mechanism. The early depletion of this drive resulted in only a fraction of the original oil in place within the KGSU being produced and creates an opportunity for substantial new production by Desert Energy at relatively low cost using a modern secondary recovery techniques. Management believes the optimal recovery technique for the KGSU involves the injection of CO2 or Nitrogen into the uppermost portion of the sand layer, whilst injecting water into the lowest part of the sand. This “water-flood” technique works to squeeze and drive the oil to the producing well bores in much the same manner as the old gas drive mechanism of early days. Variants of this type of technique have been developed over a period of many decades and are now highly refined and efficient. For further discussion of the Company’s development strategy for the KGSU, please see the AQ PR dated February 19, 2018.

According to Irwin Olian, CEO of the Company, “We are happy to see the KGSU acquisition advancing toward closing. Whilst the primary focus of the Company’s activities remains exploration and development of helium resources in Arizona’s Holbrook Basin, the KGSU represents an exceptional opportunity to generate potential cash flow and add value. It is an established oil field with significant untapped potential in one of America’s most prolific historic oil producing regions. We continue to believe the U.S. Energy Sector holds out great promise in coming years.”