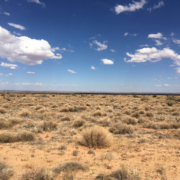 Vancouver, British Columbia — DESERT MOUNTAIN ENERGY CORP. (the “Company”) (TSX.V: DME) has acquired an additional 3,040 acres under lease for helium, oil and natural gas in the prolific Holbrook basin of eastern Arizona. The leases were acquired at auction from the Bureau of Land Management of the U.S. Department of the Interior (BLM). The new leases are situated in Navajo county, Arizona, in relatively close proximity to the prolific Pinta dome field, which with related nearby fields produced in excess of 9.2 billion cubic feet of helium gas grading 8 to 10 per cent He from 1961 to 1976. This now brings the company’s total acreage under lease in the basin to 39,742 acres when added to the 36,702 acres already under lease from the Arizona Department of Land. The company initiated its exploration and land acquisition program in the basin in the fourth quarter of 2017.

The new leases are highly prospective for helium as well as oil and natural gas. They bring to seven the total number of distinct areas over which leases have now been secured by the company in the Holbrook basin. This latest tranche of leases adds acreage to the company’s existing Woodruff east area as well as establishing a new area called Pinta dome north. The leases are characterized by anticlinal features, monoclines and other geological structures with surface expression, together with reservoir rocks and salt and anhydrite caprocks, giving them potential to serve as trapping mechanisms for commercially significant helium reservoirs.

Approximately 2,400 acres of the new leases, comprising BLM lease parcel ID AZ-2018-09-0386, are in Navajo county in an area called the Woodruff east area, bringing to 8,828 acres the company’s aggregate lease holdings in this area. It is situated in the northeastern corner of the Holbrook basin approximately 12 miles south-southwest of the Pinta dome field. These new leases directly offset two historic blowout gas wells, NMA No. 10 and NMA No. 37, providing the company with the next permitted well locations under applicable regulations. The reported pressures encountered on each of these two blowout wells is consistent with the pressures initially found on the primary Pinta dome field wells.

Approximately 640 acres of the new leases, comprising BLM lease parcel ID AZ-2018-09-0418, are located in Navajo county on the north side of the Pinta dome field in an area called Pinta dome north. One portion of this lease parcel is located within the same section only 2,500 feet from where the historic Kerr-McGee 1-28 state well was drilled in the southeastern portion of the section. Production records show that the Kerr-McGee state 1-28 well cumulatively produced 804,961,000 cubic feet of helium over a 15-year period. At the recent BLM auction price of $279 (U.S.) per 1,000 cubic feet of crude helium, that would equate to a current gross value of approximately $225-million (U.S.). Management cautions that there can be no guarantee that future results from offsetting wells will be the same as or similar to historic results. The other lease acreage directly offsets the Kerr-McGee No. 4 state well, which cumulatively produced 48,233,000 cubic feet of helium. Records clearly show both the KM No. 4 state and KM state 1-28 wells were part of the 11 wells comprising the original Pinta dome field.

According to Irwin Olian, chief executive officer of the company: “We are very excited to have been able to acquire these new leases in the Holbrook basin from the BLM, which now brings our aggregate lease holdings in the Holbrook basin to 39,742 acres in seven discrete structural areas throughout the basin. This gives us a lot of drilling options and we are presently at work prioritizing our targets for further exploration and drilling. Our He targets are relatively shallow, permitting us to drill simple vertical wells at low cost with low profile above ground and minimal environmental impact. Consistent with our prior activities in North America and Africa, our team continues to be highly sensitive to environmental and social issues and is designing our work programs to be minimally intrusive.”