The Company is pleased to announce that it successfully completed drilling of the previously approved and permitted third well last Tuesday 12/08/20 and open hole logs run and production casing set and cemented into place.  Upon the removal of drilling equipment, the single pit was immediately filled, thereby completing the initial remediation on 12/09/20.  As previously press released the Company had drilled, set and cemented into place the surface casing to protect treatable water on 12/04/20.  The production casing was run and cemented into place on 12/08/20 providing the additional protection to all zones as per the previously approved and permitted well design.

Drilling operations did not encounter any oil and only found background low btu gas at levels normally associated with the drilling of water wells in this area.  The Company again significantly reduced the amount of water required to drill, with the use of high-pressure air / mist.  This is, to the best of the Company’s information and belief, the same procedure used by the offsetting surface owner to drill their water well last week.  The Company used more surface casing and cement to protect all possible treatable water zones than did the offsetting surface owner.  Even though the Company did not encounter any flows or shows of significant water during drilling through the perceived aquifer as might be normally expected, it still set and cemented protective surface casing in accordance with the approved permit.  The well logs also indicated the placement of the well correlated with Company plans to have the drilling intercept the highest porosity zones, again precluding the need for fracking.  The Company has previously stated its goal is to apply geology and geophysics to successfully select drilling locations to remove the need for large fracks similar to what has been routinely done to produce oil from tight formations.

The successful drilling of the third well some 74 miles away from the first two wells (the results of which were previously announced in June and July 2020) clearly demonstrates the Company’s geologic modeling plans in reference as to the basic required trap mechanisms for commercial helium production in NE Arizona.  Per Penwell Publishing data the average success rate on wildcat exploration wells for major companies has dropped from a high of 30.3% in 1997 with the average successful drilling rate for independents to be off a high of 17.6% in the same time period.  Desert Mountain Energy Corp’s corporate strategy to repeatedly find possible helium producing areas is clearly proven.

Desert Mountain Energy Corp. is a publicly traded exploration and resource company focused on the discovery and development of rare earth gas fields in the US.  The Company is primarily looking for elements deemed critical to the green energy and high technology industries. 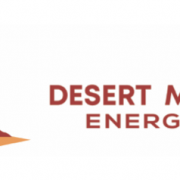 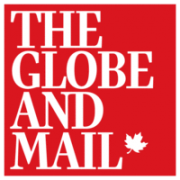 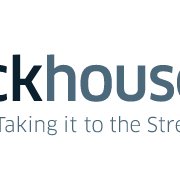 DESERT MOUNTAIN ENERGY STAYS ON SCHEDULE IN 2021 WITH DRILLING WELLS #4 AND...
Scroll to top