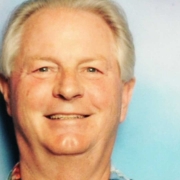 Vancouver, British Columbia — DESERT MOUNTAIN ENERGY CORP. (the “Company”) (TSX.V: DME, U.S. OTC: DMEHF, Frankfurt: QM01) is pleased to report that Robert Rohlfing has now assumed the new role as CEO, President and Chairman of the Company effective at this time, replacing Irwin Olian, who is retiring from these positions.  Irwin Olian, who founded the Company and ably served in these roles for the past 12 years, elected to retire from his ongoing day-to-day administrative responsibilities to devote more time to family, friends and other personal interests.  However, as founder and shareholder, he remains keenly committed to the Company’s success and will be providing value-added strategic advice and services to our team going forward as a Senior Financial Consultant under a consulting agreement.

The shift from Olian to Rohlfing at the helm of the Company is part of a management restructuring effort now underway to place seasoned oil & gas industry professionals in key leadership roles within the Company. Additions of new personnel to our management and technical teams are pending.   Having now drilled the initial two wells of the Company’s helium exploration program in Arizona’s Holbrook Basin and contemplating completion and testing of those wells next month as announced in our press release dated July 23, 2020, the Company is now looking ahead to its future which is contemplated to involve development activities and creation of gas infrastructure with a view toward potential helium production.

Robert Rohlfing’s skill set is well-suited to the long-term direction of the Company and he has served the Company ably as its Executive Vice-President of Exploration and Head of Technical Operations for the past two years.  In such capacities, he has overseen our exploration and drilling programs on a hands-on basis, while also interfacing with our financial department and entire management team as well as the capital markets.

Robert is highly qualified to assume his new role, as a seasoned oil & gas industry operations executive with over 25 years’ experience in formulating, conducting and managing successful exploration, drilling, development and production programs worldwide.  He has conducted exploration and drilling programs for a wide variety of companies for helium, hydrocarbons, precious metals and other minerals in diverse areas ranging from Arizona, Kansas, Oklahoma and Alaska in the U.S. to Papua New Guinea, Malaysia, Australia, Canada, Viet Nam and Cambodia.

According to Robert Rohlfing, new CEO of the Company, “We are grateful for Irwin Olian’s leadership over the past twelve years and wish to thank him for his many contributions.   He founded our predecessor African Queen Mines Ltd. and successfully navigated that company through the mining recession acquiring, developing and selling several gold projects.  During the past two years, he has overseen rebranding of the Company as Desert Mountain Energy Corp. in the Helium space and has helped to position the Company for success in its new direction.  We look forward to his continued contributions to our success in the future and wish him every success in his other endeavors.  I look forward to taking the reins from Irwin at this time, guiding the Company on the next phase of its success.”