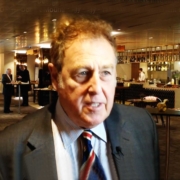 Vancouver, British Columbia — DESERT MOUNTAIN ENERGY CORP. (the “Company”) (TSX.V: DME, U.S. OTC: DMEHF, Frankfurt: QM01) is pleased to provide a brief update on the status of the Company and its work programs in the current environment as well as an overview of the worldwide helium market in light of the covid-19 pandemic.

The Company closed a financing for $1.6 Million on February 27, 2020, and as a result has large cash reserves with which to fund its future work programs as well as for working capital. It has no long-term debt. At present, the Company is fully operative, with none of our management or staff having contracted covid-19 and all personnel currently working comfortably and safely from their home offices.

We are moving forward with our planned drill programs for Helium in Arizona’s Holbrook Basin as well as in Oklahoma at the Kight Gilcrease Sand Unit, with the permitting process underway in Arizona and drill permits having already been issued in Oklahoma. Requisite surveying, archaeological studies, reports, maps, liability insurance and surety bonds are in process for the Arizona Department of Land and Arizona Oil & Gas Conservation Commission. Those Departments remain open and functional in the current environment. In addition, we are in the process of procuring a drilling contractor and the requisite rigs for the project.

Helium, like most other industrial commodities, is suffering an immediate short-term decline in demand as a result of the worldwide covid-19 crisis. Demand from some sectors such as party balloons and diving gas has virtually disappeared. However, it is a strategic commodity and high tech uses are continuing in computer hard-drive and semiconductor applications, military and spacecraft applications, MRI use, etc. At the same time, there is considerable disruption in the supply chain worldwide, resulting in a short-term decline in available supply to helium distributors. For example, shipping has been disrupted by cancellation of numerous sailings from China and bottlenecked ports which have tied up empty shipping containers. Overall, the fall in demand from the pandemic is estimated by industry sources to be 10-15% or more. It has brought helium supplies back in line with demand, leading to an end to the recent worldwide helium shortage and a short-term reduction in helium prices.

The recent fall in demand for helium is viewed by most industry participants as a very short term phenomenon linked to the covid-19 crisis. Once the crisis has ended and the economy gets back on its feet, we anticipate a resumption of growth in helium demand which will lead to higher helium prices down the road. New uses for helium continue to be developed, such as the recent announcement by Microsoft and other video games manufacturers that they will be putting helium in the hard drives of the sophisticated video games to make them faster. In addition, the concern with future pandemics suggests that demand will be strong from MRI manufacturers and other medical applications.  Further, balloon distributors such as Party City are now in a position to replenish their helium inventory in preparation for the next business upturn.

On the supply side, we see the potential for further pressure long-term on the available supply of helium.  Approximately 90% or more of the world’s helium production is secondary to oil and gas production, produced as a byproduct of natural gas processing or LNG production. The collapse of oil and gas prices as a result of the dispute between Russia and Saudi Arabia, combined with the covid-19 crisis, have created a glut of oil and LNG that is likely to last far into the future. Ships have been backed up in China and India unable to offload their LNG shipments into storage tanks which are already full. This combined with the paradigm shift to renewable energy sources from fossil fuels, is creating an environment where many traditional oil & gas operators are being forced to consider shutting-in wells, cancelling new gas development plans and slowing down growth in new refinery capacity. New refinery projects in Qatar and Algeria have already been suspended or slowed down recently. This will surely impact world helium production where it has been produced as a byproduct of oil & gas production. We believe the impact is likely to be strong, resulting in a significant decline of the helium supply from those sources. Combined with continued growth in worldwide helium demand from high tech and new economy sources after the crisis abates, we see the potential longer term for a resumption of sharp helium price increases and a renewed shortage.

According to Irwin Olian, CEO of the Company, “Insofar as Desert Mountain Energy is exploring for and developing primary helium resources in Arizona not associated with oil & natural gas production, we are in a very strong position unlike many helium producers who are focused on secondary production. Further, the debacle in the oil & gas industry is already having the effect of reducing drilling and exploration costs. This will work to our advantage by reducing costs of our upcoming drill programs. We are looking forward to an end to the covid-19 crisis soon. In the meantime, we remain committed to working hard to advance the Company to the best of our ability during this challenging time.”