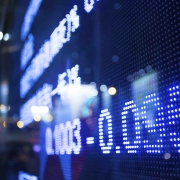 Vancouver, British Columbia — DESERT MOUNTAIN ENERGY CORP. (the “Company”) (TSX.V: DME, U.S. OTC: DMEHF, Frankfurt: QM01) is pleased to announce that it has received in $474,000.00 CDN from warrants which expired on July 19, 2020.  These funds will used to continue the drilling and geophysical programs and for general working capital.  The Company is well funded and does not anticipate further equity dilution financing in the near term.  The Company has other warrants expiring in November at favorable pricing and would anticipate those will likely be exercised garnering the company additional funds at that time.  The company has already received communication from a number of warrant holders notifying the Company of their desire to exercise their warrants.